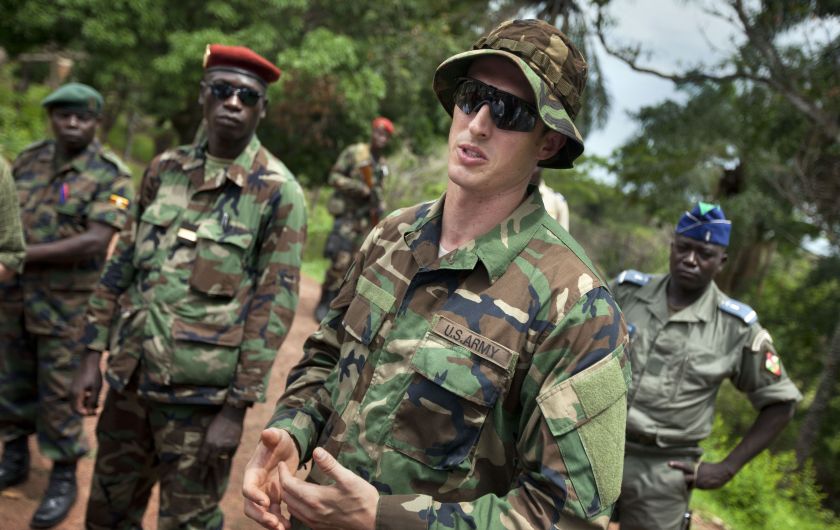 “To Free the Oppressed” is not just a cool sounding motto.  When a Special Forces team is sent somewhere in the world to act against a human rights defiler, regardless of what other agendas are at play, those soldiers have the opportunity to use their position and effort to truly help people who are in a very bad way, and represent the United States for the compassion of its people.

One day on a city street in Afghanistan this summer, a local man came up to me and asked “Why are you in my country?”  I braced myself, and struggled to try and find a way to express my true intentions to this man, balanced against the complications of over all politics that are not always executed with the right intentions.  I would have to do this in a shaky mix of English and Dari, but I never got the chance.  Before I could say a thing, he answered for me.  “You are here because the US is a good country. You have traveled far away from your family to risk your own life to help us.”  While I was still recovering from that, he added one more bomb shell.  This Afghan man reached out and shook my hand and said, “Thank you.”

Many soldiers never get to experience as clear of a validation or thanks as I was able to that day.  I won’t pretend that every Afghan shared this man’s sentiments, but he was truly sincere, and his viewpoint represents a valid reality. Regardless of  bungling and interest-laden politicians, and the war profiteering going on (of which there is plenty) it doesn’t change the fact that most US soldiers will endeavor to do the right thing for the right ideals.

So back to those blatant defilers of human rights. Sound like an over simplified characterization?  Well in Nigeria, where hundreds of girls were just kidnapped by the Boko Haram group to be sold into slavery, there exists a man (the leader of Boko Haram) named Abubakar Shekau, who “…said in a video that surfaced Monday that God had commanded him to sell women in the market, adding that girls should marry, not go to school.” -LA Times

Well now the US is going to send some sort of help, and certain members of the senate have requested that that help come in the form of US Special Forces.  Whether or not the media picks up on it, you can bet that Special Forces not only will be, but already are on the ground in Nigeria working with local forces in an effort to free these particular oppressed.  “White House Press Secretary Jay Carney said the United States was not considering providing military resources ‘at this point’ to help battle Boko Haram, which the State Department listed last year as a terrorist organization. The Times reported in March, however, that U.S. troops were helping the Nigerian army establish a special operations command to combat the group.” -LA Times

This is the type of situation Special Forces was created for.

Army Special Forces soldier in Nigeria doin what we do. 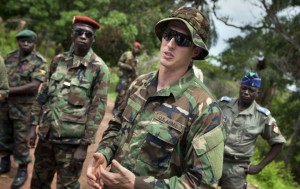